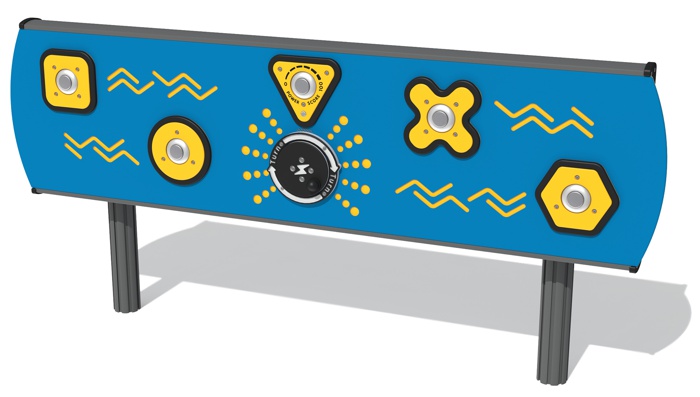 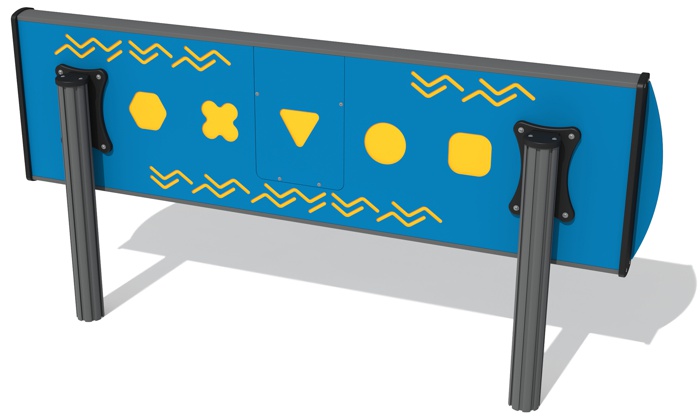 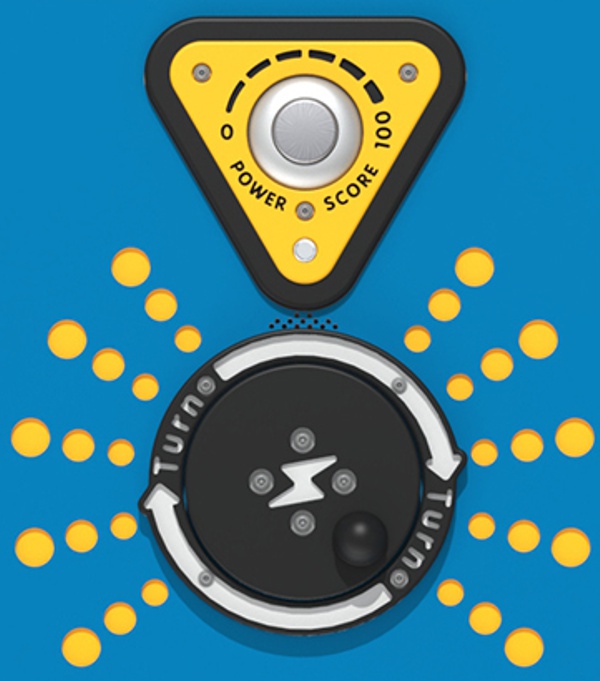 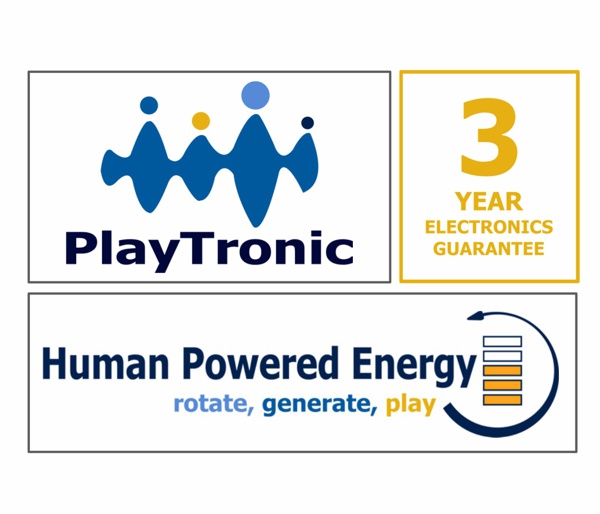 The Shapes Reactions has a large play surface area to promote physical activity, but is also compact vertically to suit most age ranges and abilities.

Turn the RotoGen rotor and watch the power reserve increase in the LED power meter, once full power has been achieved, the game will play a countdown intro and then off you go! When the high intensity LED lights light up, try and touch as many of them as you can to turn them off and score points. A klaxon sound will play to indicate the end of the game and the final score will be displayed as a series of 1-8 LEDs. The Shapes Reactions is not simply a repackaged version of the reactions games you have got to know from Fahr, this is a ground-up redesign with a host of new components and features. The hardware upgrades include, new game controller board, new higher intensity and colour changeable game LEDs, new high visibility polycarbonate diffusers and higher output RotoGen dynamo. Game features include, 30 second game from 10-15 seconds of rotor turning, 5 sensors, LED progress power meter and diagnostic mode for quick troubleshooting. Featuring RotoGen human powered energy, the station is constructed from HDPE with aluminium rails and posts, the electronics are ultra-reliable, protected by a water and tamper resistant cover, while the electronic components are covered by a three year guarantee.

All customers' requirements are subject to availability at the time of order.

If you would like to find out more about this playground equipment then please get in touch.